Zlutch, Zlaggard, Zander — Anyone got a collective noun for zucchini?

“Sir, when a man is tired of zucchini, he is tired of life; for there is in zucchini all that life can afford.”
It’s not widely known that Samuel Johnson, writer, poet, and lover of London Town was also a champion of the humble courgette (as it’s known in the UK). It’s July and we’re still looking to reinvent and redefine the humble zucchini — nay even celebrate its modest yet versatile charms — I want to express my thoughts and love for this most abundant of garden growths.

Harvesting zucchini this year was great and nothing beats fresh from the garden, sliced and pan fried with a little olive oil, black paper and generous squeeze of lemon. Dependable, lovable and surely one of the most satisfyingly easy fruits we grow in our backyard. The zucchini seems to get a raw deal when it comes to describing its general plentiful supply. Per plant (depending on variety and conditions) you can expect to yield between 12 and 30 fruit. Multiply this by three or four plants and I now understand why people in the past have laughed at me when I’ve told them that I’ve had five or six plants on the go.

Imagine my dismay then to find that no definitive collective noun exists for zucchini. How can this be? Openly we talk about bushels of apples and bunches of coconuts, even hills of beans. But nowhere can I find a definitive reference for zucchini. Whilst I have seen ‘glut’ used on occasion it just seems a little too generic and in no way respectful. So it’s with great excitement that I decided to create a collective noun for zucchini that will give a murder of crows a run for their money. 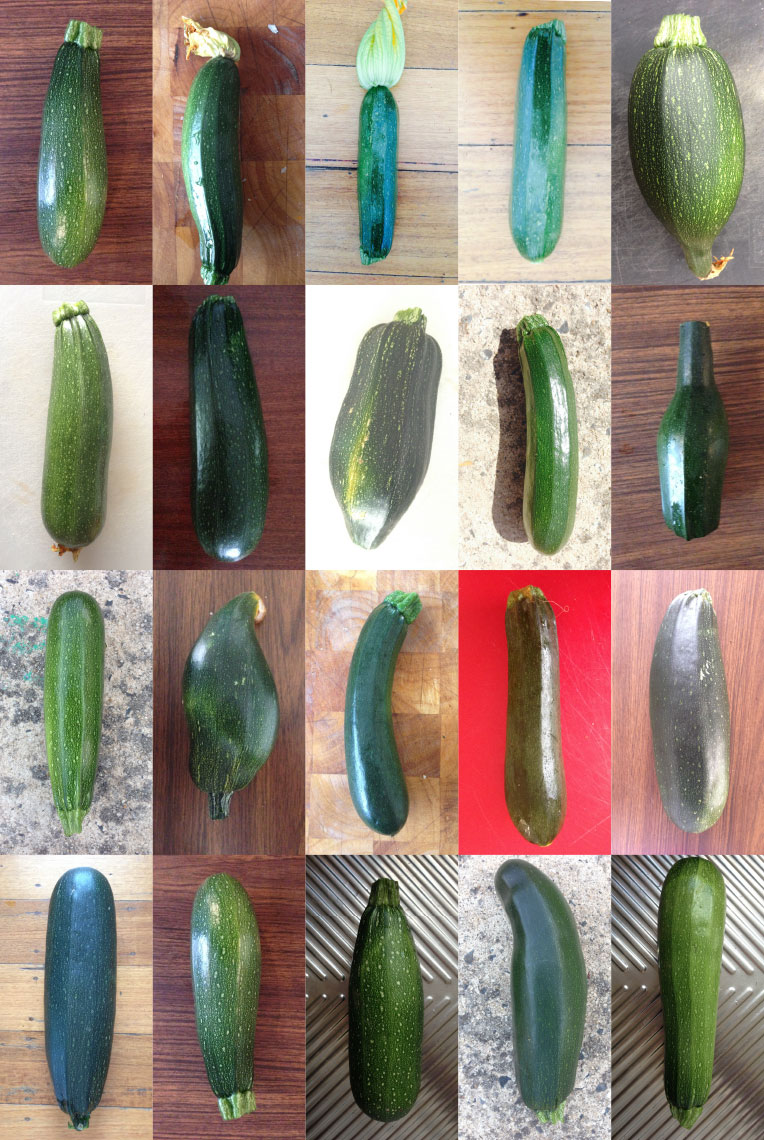 Fortunately I love Zucchini, I even love saying the name.**

My desk based research has led me to discover such gems as a phalanx of umbrellas, a metamorphosis of ovoids and a goring of butchers but the best anyone has suggested (aside from a  glut) was a zander of zucchuni although zander is also a type of fish.

So in establishing a collective noun what are the rules, if any? To understand the rules as such it’s important to understand the origins of how often witty and sometimes bizarre collective nouns arise. The first collection in English appears in The Book of St Albans in 1486, an early printed work from a small press at St Albans, England. This three part book was about hawking, hunting and heraldry and is almost certainly a compilation of earlier works, probably written originally in French. The main things to glean from my reading is that most collective nouns appear to have been around for many years and are based on popular convention of the times. Many are poetic and even witty, especially those that are given to describe animals. Who doesn’t love a crossing of zebras or gaggle of geese.

But it seems less thought and wit has been given to fruit and veg perhaps until now. Recently I tweeted my dismay and @Lorena_C (Lorena Carrington, super Castlemaine based photographer) replied with “a relentless army of” zucchini. I love it,  it flows, it makes sense. The best I’ve come up with so far is a zlutch or zlaggard, pronounced “zlag-ghard” (and spoken in pirate). But I wonder what other great terms may be out there that we can adopt? So at CFT_HQ we are running our first competition — with prizes and everything — for the best collective noun for zucchini. More details to follow.

In the meantime here’s a great (flourless) zucchini chocolate cake recipe just in case you where out of ideas on what to do with your collective noun for zucchini.

Preheat oven to 180°C.
Stick the peanut butter, honey and vanilla in a pan, low heat,  stir till combined.
Add the rest of the ingredients in order listed and mix.
Grease a suitable baking dish (I used a 9″ tin)
Bake for 40 mins or until skewer comes out clean.

Serve with vanilla ice cream or sour cream.
Chocolate icing is optional but kids will love you forever, just don’t tell them about the green stuff. 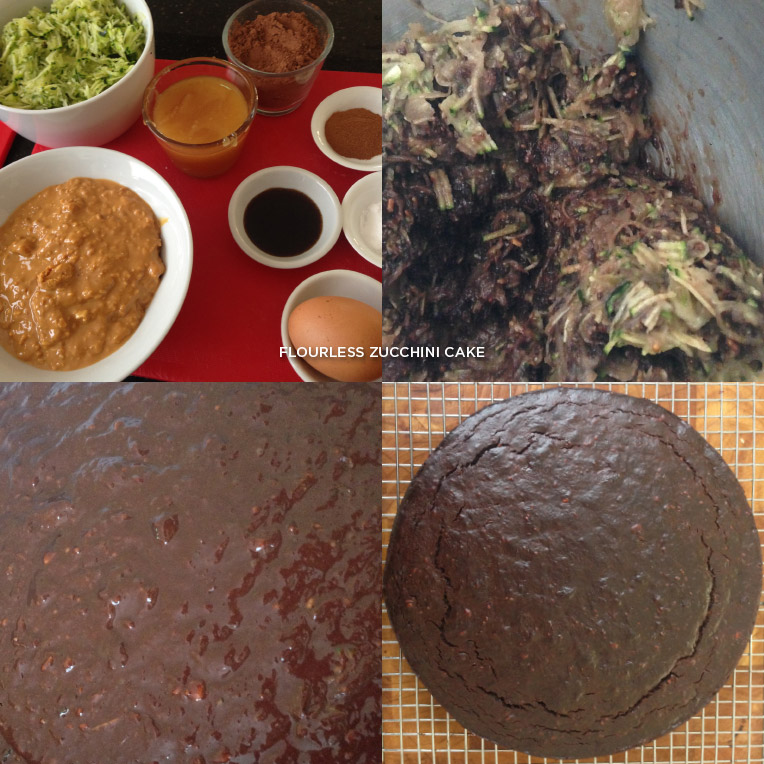 ** Back in the UK of course the zucchini is the courgette (which early on in my childhood I thought was a car). My childhood exposure to vegetable and fruit matter was limited to peas you must understand — I was mostly raised on yellow foods (often microwaved) in the 80s. In fact anything green in my diet was ‘exotic’. For your reference, growing up in East London the word exotic is pronounced “ex-o-ic”. Courgettes — or should I say “corr-jets” — were not on my radar but by the age of 14 I’m almost positive I would have tried one and by then been able to enunciate slightly better than the East London norm, (I actually grew up in a little pocket of Norf EasLundon). Even still “corr-jet” simply don’t hold the promise that zucchini have. Although I detest the term “Zuke” that I often hear in Aus.

Some more widely used and predictable collective nouns for fruit and veg:
A bushel of apples
A comb of bananas
A bunch of coconuts
A hill of beans
A cluster of grapes
A sheaf of corn
A bag of potatoes (OK I made this one up)
A vine of tomatoes?
A crop of (insert any fruit or vegetable you like)

——
Here’s an ancient joke on the subject of collective nouns that I came across (sorry, not very PC):
Four scholars at Oxford were making their way down the street, and happened to see a group of ladies of the evening. “What’s this?” said the first. “A jam of tarts?” “Nay,” said the second, “an essay of Trollope’s.” “Rather, a flourish of strumpets,” advanced the third. “No, gentlemen,” concluded the last. “Here we have an anthology of pros.”
——