Every once in a while you experience something that inspires, invigorates and stirs the creative juices within. A recent trip to Brisbane and in particular the Queensland Art Gallery / Gallery of Modern Art (QAGOMA) surpassed expectations despite the threat of a cyclone to ruin the fun.

We nearly didn’t go. Cyclone Marcia was bearing down on the Queensland coast and playing havoc with flights* but it seemed that the cyclone would weaken sufficiently before it got any where near Brisbane so we decided to throw caution to the wind. And besides we were heading up for a friends’ wedding and the children were so looking forward to their grandmother babysitting.

Having checked in to our hotel on the South Bank we hot footed it to the bar where we met our friends and several espresso martinis later and the weather was simply just a minor distraction. It had not rained all evening.

Saturday morning however was a different story, the rain was bucketing down. The wedding was not until 4pm meaning we had time to kill and we had planned to visit the QAGOMA a few blocks from our hotel. We still managed to get drenched but the need for coffee was strong and no rain would stop us.

*Well actually cyclone Marcia sadly devastated a number of towns including Yeppoon & Rockhampton but fortunately all Brisbane received was heavy rain and some minor flooding. 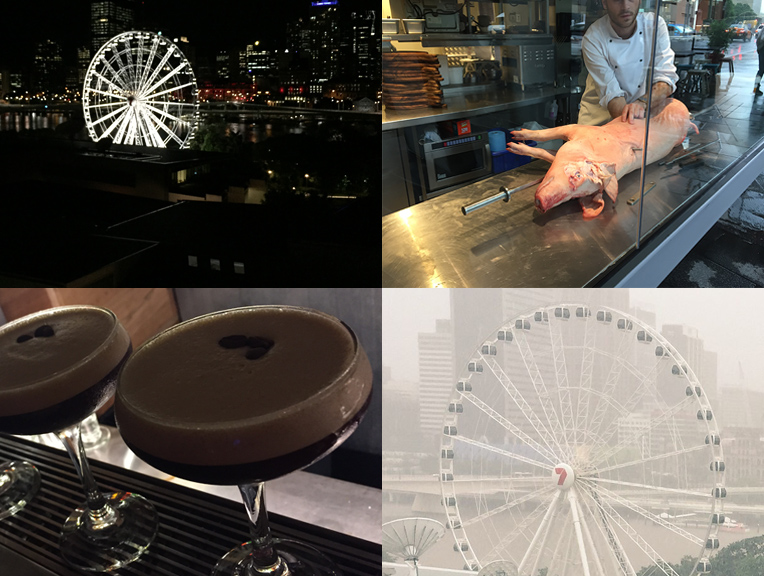 The night before, the day after.

You know it’s going to be a great day when you see a pig being speared. 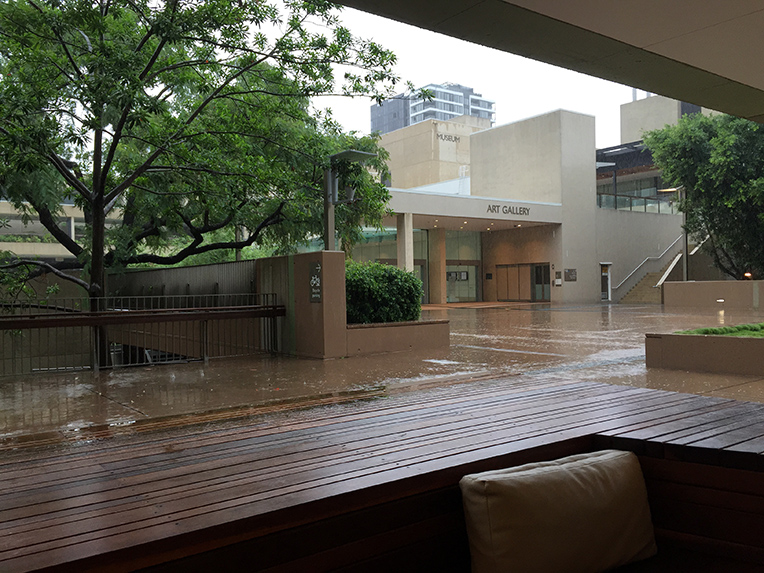 Sublime: Contemporary works from the Collection 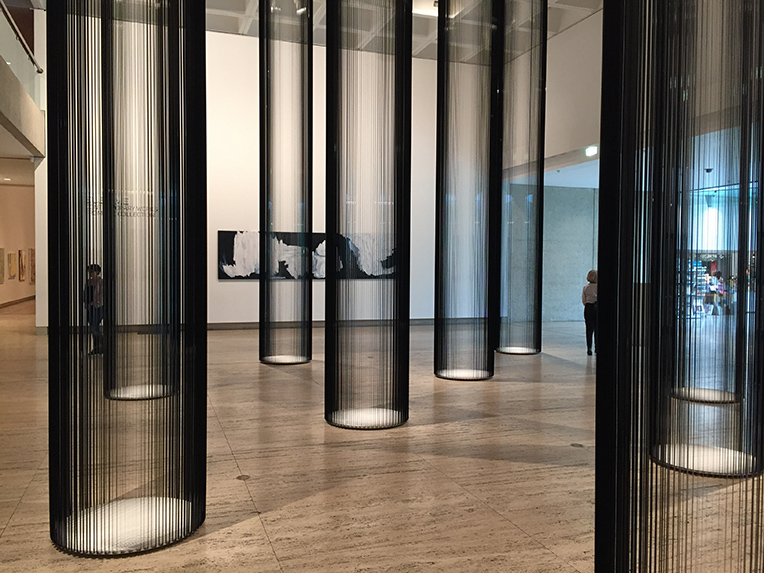 The entrance to the gallery is not particularly impressive but the first main hall you enter certainly is. 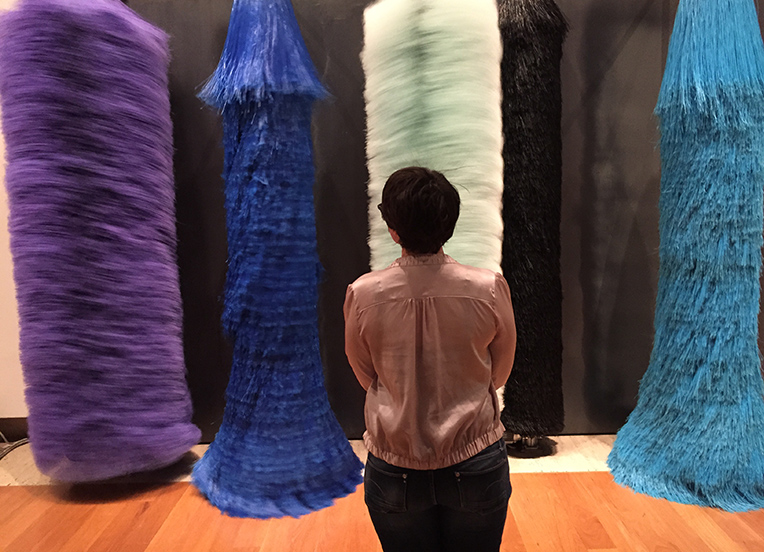 Mrs Chops contemplates life, art and is thinking this would be an ingenious way to wash the kids. 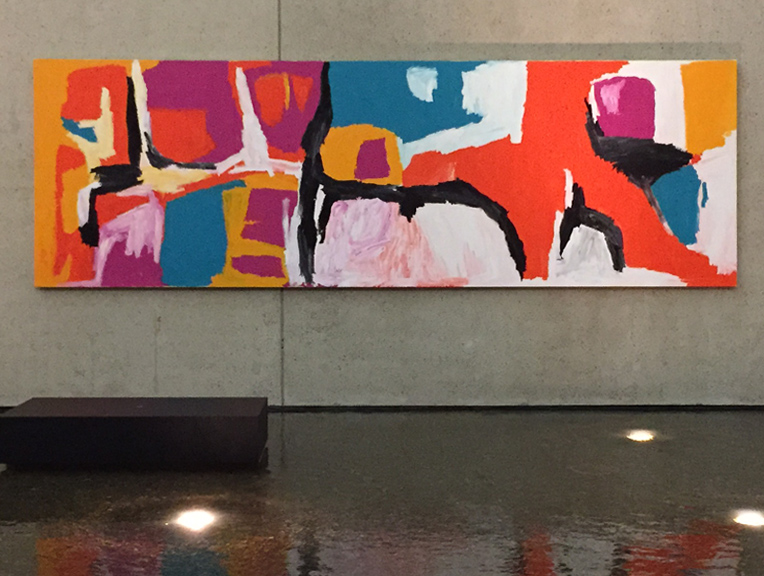 Wandering around the galleries… 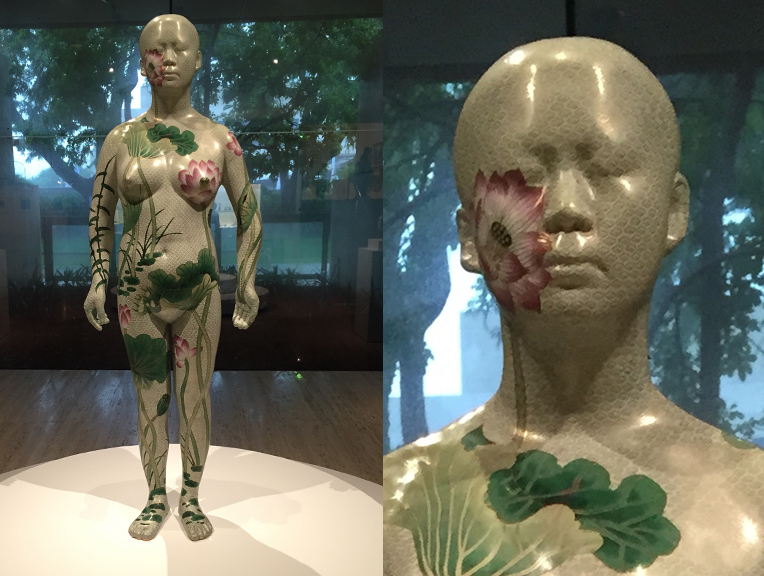 The detailing on this work was exquisite. 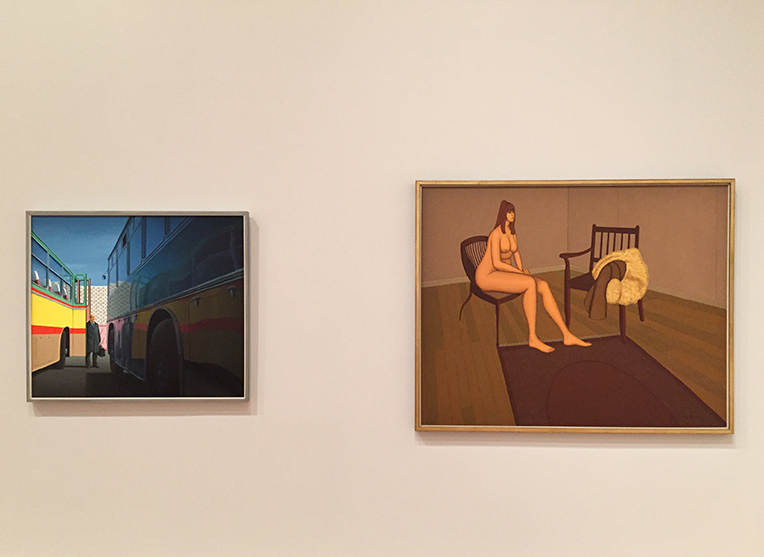 Smart sits next to Brack... 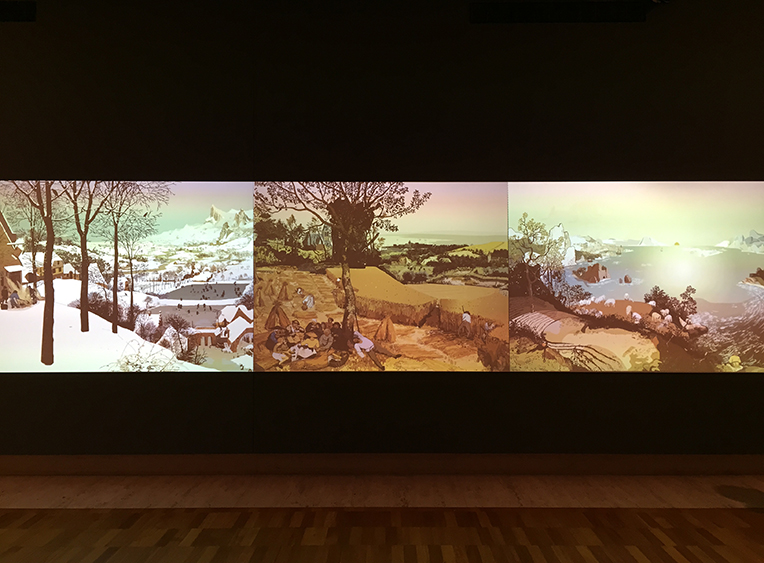 This was a 9 minute journey… subtle and strangely compelling as Mountford brings these 16th century Flemish masterpieces to life. The original paintings by Pieter Bruegel the Elder (c. 1525-69): The hunters in the snow, 1565, The Harvesters, 1565 and Landscape with the fall of Icarus c.1558 are set in motion with the action implied in each painting. Clever stuff. Check more out here 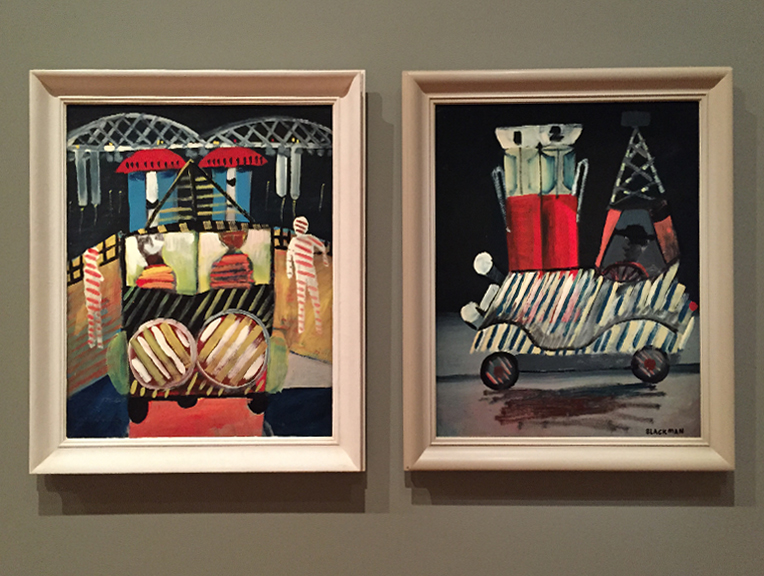 Just a few of the amazing sreenprints that grabbed us. Mostly these are details rather than the whole print. 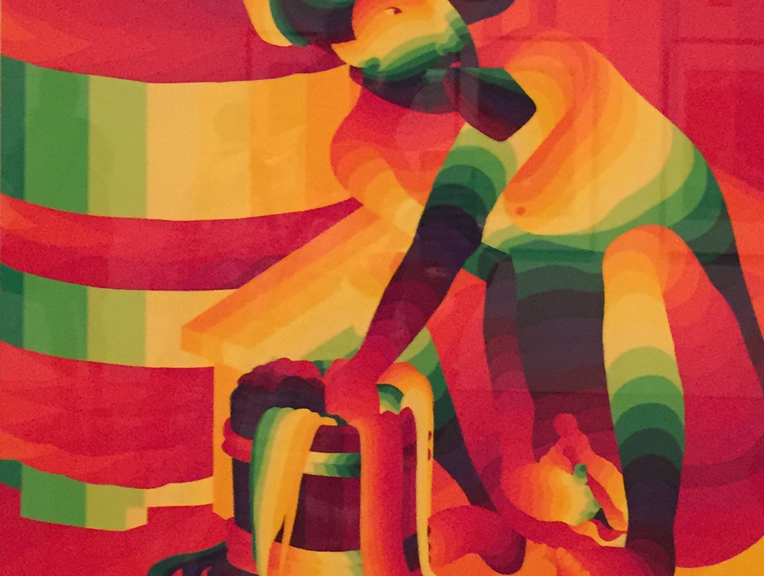 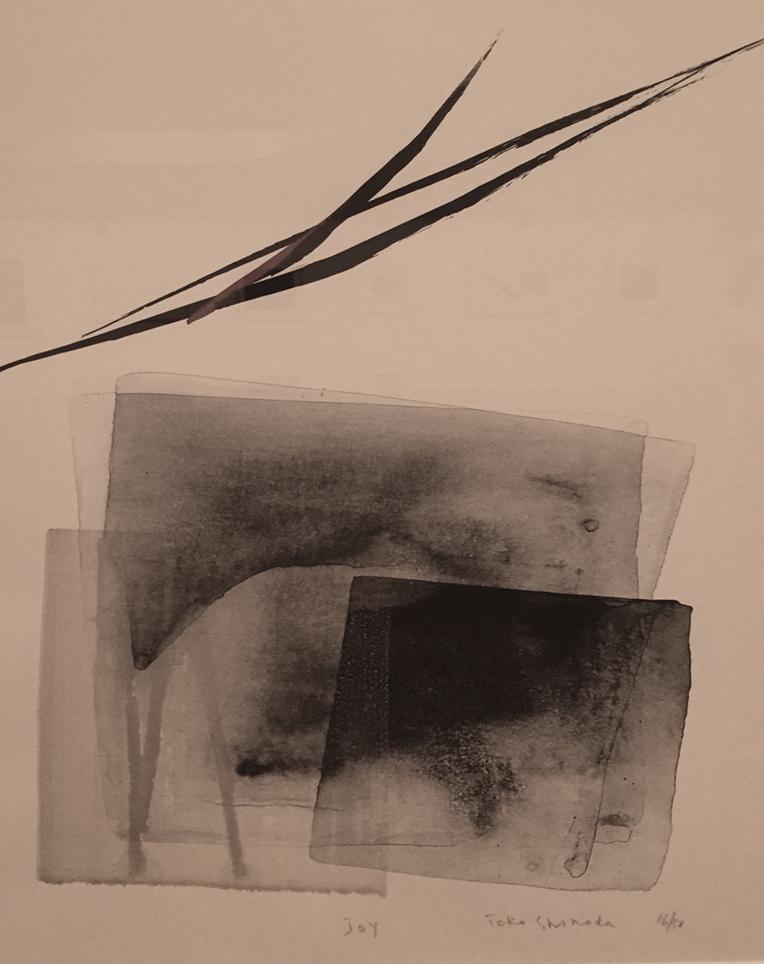 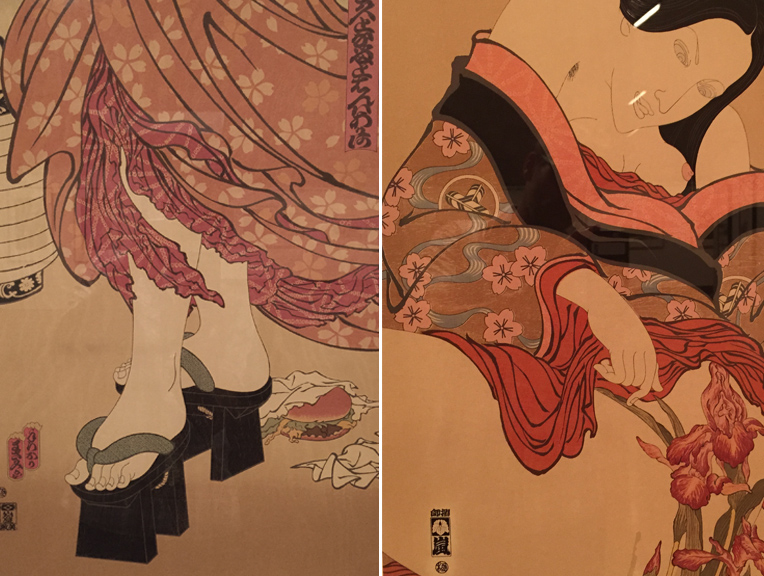 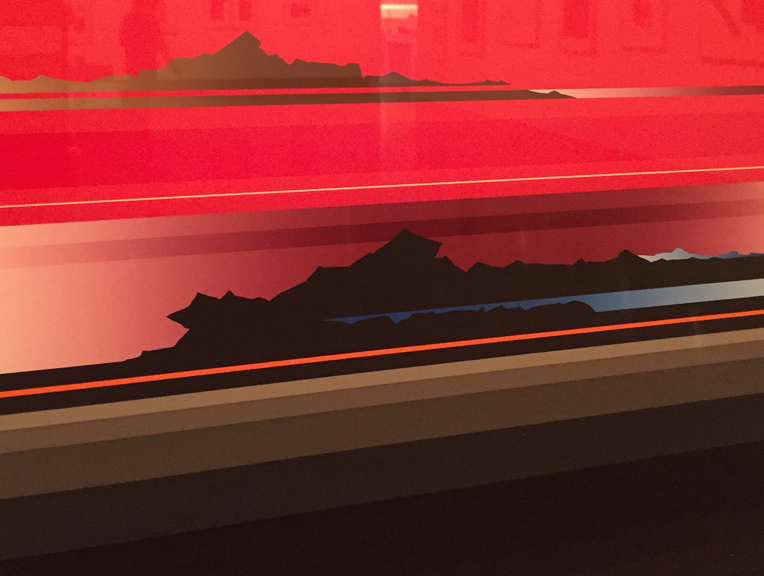 Detail of my favourite screenprint by Tetsuro Sawada, Japan
Untitled | 1983

And still the rain fell but the Brisbane art gallery really was the perfect way to spend a few hours.
Even the rain was perfectly framed. 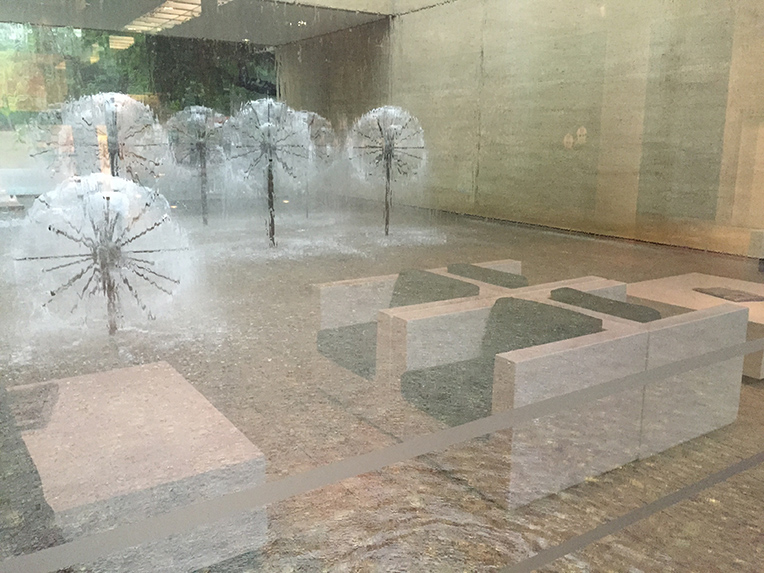 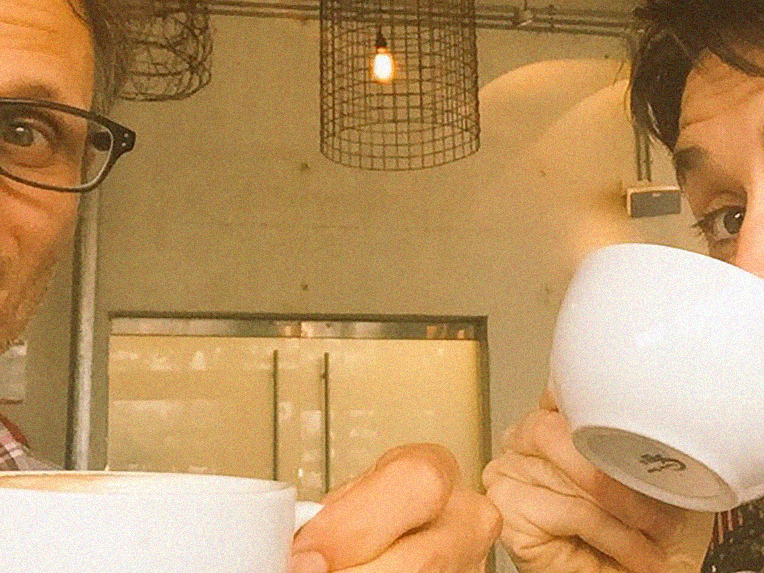 Mr & Mrs Chops escaping the rain with another coffee.

Gav, you didn’t ask me what my favourite was 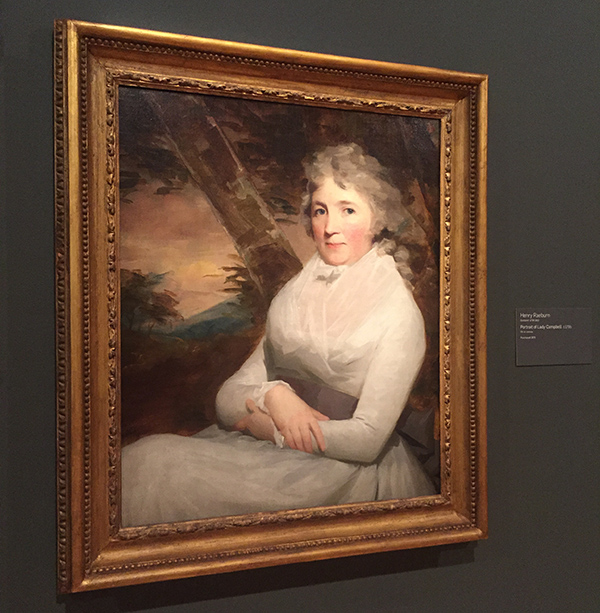